This refers to when the stomach dilates and twists on itself. It is a condition that occurs very quickly and is fatal if not treated. Even if the stomach has not twisted it can still put pressure on the lungs, making it difficult to breathe, as well as compromising the blood return to the heart.

The dilation can occur when gas builds in the stomach, either from fermenting food or sucking in air; for instance when excited. Due to the conformation of deep chested breeds it can suppress burping, which would release the gas, which makes them more susceptible to GDV.

The signs to watch out for are –

You won’t always see a distended stomach on all dogs because of the relative shape. This doesn’t mean they haven’t got GDV and it can still be serious.

It is still being investigated as to why some dogs get GDV and others don’t. There is a higher risk for your dog if they are in one of the susceptible breeds, though it can occur in small dogs and cats as well. They are also at higher risk if a sibling or parent has had GDV. It is most common in middle age to older dogs but can occur at any age.

Predisposing factors may include –

If in any doubt ring your vet and arrange to see them ASAP. Your vet will examine your dog, looking for signs of gas build up and toxicity. An x-ray is taken to definitively diagnose the condition and differentiate it from intestinal dilation or splenic torsion and also to assess if the stomach has twisted or not.

Some vets will need to use a stomach tube to deflate the stomach before surgery, though this can be very uncomfortable for your dog, making it very difficult to pass and there can be a risk of the tube being chewed off.

Surgery will involve deflating the stomach and removing any twists, as well as checking to make sure the blood supply is returning to the stomach and other organs. Your vet will often stitch the stomach to the body wall to try to prevent the GDV reoccurring, although up to 5% of dogs will get another GDV even after this surgery.

The mortality rate after Gastric dilation or volvulus is 15% even when recognised quickly.

Gastric dilation/volvulus, is a very serious condition and if you ever have any suspicion don’t delay, ring your vet. A false alarm is much better than missing a GDV.

What is it used for? Chronic pain like arthritis or disc prolapse Inflammatory disorders

Arthritis occurs in many older dogs, cats and rabbits etc. though they often show

Dental disease affects many of our pets and is often very painful. Unfortunately, our

Diabetes mellitus, also known as “sugar” diabetes is a complex disease that is common

This refers to when the stomach dilates and twists on itself. It is a

An over active thyroid or hyperthyroidism, is a common disease in older cats. It

Small Animal Vet required to join our team Due to expansion, we have an

Lungworm live in the arteries of the lungs and heart. They are about 2

Please have a read through the following notes; you may be surprised by some

Skin problems can be caused by allergies, parasites, bacteria or yeasts and hormonal conditions 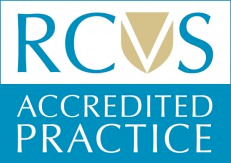